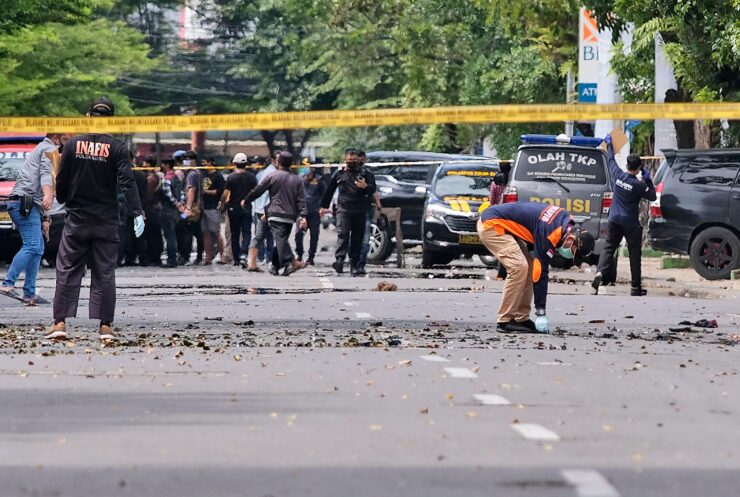 figures “really bring to the fore how widely prevalent this problem already waas” even prior to the pandemic, said WHO’s Dr. Claudia Garcia-Moreno

Around the world, almost 1 in 3 women have experienced physical or sexual violence at least once in their lifetime, according to a new report released by the World Health Organization. That number has remained largely unchanged over the past decade, WHO said.

The report, which WHO says is the largest-ever study of the prevalence of violence against women, draws upon data from 161 countries and areas on women and girls age 15 and up collected between 2000 and 2018. So it does not account for the impact of the pandemic. Lockdowns and related restrictions on movement have led to widespread reports of a “shadow pandemic” — a surge in violence against women and girls around the world, as many found themselves trapped at home with their abusers.

The figures “really bring to the fore how widely prevalent this problem already waas” even prior to the pandemic, said WHO’s Dr. Claudia Garcia-Moreno, one of the report’s authors. She says researchers won’t know the pandemic’s true impact on violence against women until they can conduct new population-based surveys again in the future.

According to the report, intimate partner violence was the most prevalent form – and it starts early. Nearly 1 in 4 girls and women who’d been in a relationship have already experience physical and/or sexual violence by age 19, the report found.

Globally, 6% of women reported being sexually assaulted by someone other than a husband or partner – although the real figure is likely higher, because sexual abuse is still highly stigmatized and under-reported, according to the analysis.

“The results paint a horrifying picture” of the scale of violence against women, said WHO Director-General Tedros Adhanom Ghebreyesus at a press conference on Tuesday. In a statement, he called it a problem “endemic in every country and culture that has been exacerbated by the COVID-19 pandemic.”

“But unlike COVID-19, violence against women cannot be stopped with a vaccine. We can only fight it with deep-rooted and sustained efforts – by governments, communities and individuals – to change harmful attitudes, improve access to opportunities and services for women and girls, and foster healthy and mutually respectful relationships,” Tedros said.

While the problem of violence against women is pervasive globally, it is not distributed equally. Social and economic inequities are a leading risk factor, and women in low- and lower-middle-income nations and regions are disproportionately affected, the report found. For example, in Melanesia – a region of the southwestern Pacific Ocean – 51% of women will experience violence from an intimate partner in their lifetime, compared with 25% of women in North America.

The disparities are particularly startling when it comes to recent violence: The analysis found 22% of women living in countries designated as “least developed” had been subject to intimate partner violence in the previous 12 months before being surveyed – much higher than the world average of 13%.

“I know that this report presents a very bleak picture and that the numbers are very shocking,” Garcia-Moreno said. She says the data will provide a baseline that the United Nations can use to track future progress. “Naming and counting the problem is often a first step for action and for dialogue at both the policy level and in society with the general public.”

The report calls for interventions such as reforming laws that discriminate against women’s education, employment and legal rights, and improving women’s access to health care, including post-rape care. Prevention also includes challenging gender stereotypes, starting with how we educate children from a very young age, said WHO Assistant Director-General Dr. Princess Nothemba Simelela.

And now is the time the world needs to be having these conversations, Mlambo-Ngcuka of U.N. Women said. “Gender-based violence is part of what needs to be addressed as we come out of the pandemic,” she said. “It is an integral part of building back better.”

The results paint a horrifying picture” of the scale of violence against women, said WHO Director-General Tedros Adhanom Ghebreyesus at a press conference