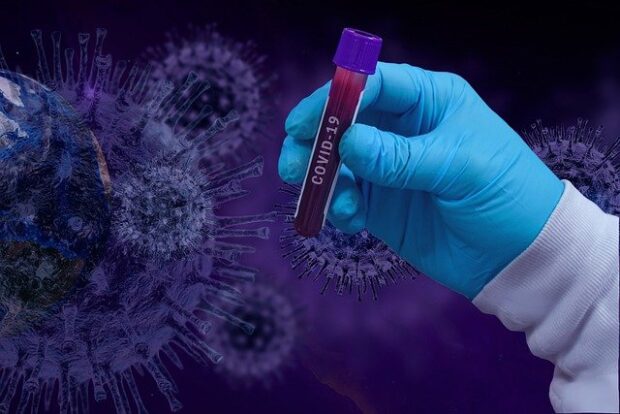 Covid is airborne, scientists say; Now authorities think so, too

A quiet revolution has permeated global health circles. Authorities have come to accept what many researchers have argued for over a year: The coronavirus can spread through the air.

That new acceptance, by the World Health Organization and the U.S. Centers for Disease Control and Prevention, comes with concrete implications: Scientists are calling for ventilation systems to be overhauled like public water supplies were in the 1800s after fetid pipes were found to harbor cholera.

Cleaner indoor air won’t just fight the pandemic, it will minimize the risk of catching flu and other respiratory infections that cost the U.S. more than $50 billion a year, researchers said in a study in the journal Science on Friday. Avoiding these germs and their associated sickness and productivity losses would, therefore, offset the cost of upgrading ventilation and filtration in buildings.

“We are used to the fact that we have clean water coming from our taps,” said Lidia Morawska, a distinguished professor in the school of earth and atmospheric sciences at the Queensland University of Technology in Brisbane, Australia, who led the study. Likewise, “we should expect clean, pollutant- and pathogen-free air” from indoor spaces, she said over Zoom.

The study’s authors, comprising 39 scientists from 14 countries, are demanding universal recognition that infections can be prevented by improving indoor ventilation systems. They want the WHO to extend its indoor air quality guidelines to cover airborne pathogens, and for building ventilation standards to include higher airflow, filtration and disinfection rates, and monitors that enable the public to gauge the quality of the air they’re breathing.

A “paradigm shift is needed on the scale that occurred when Chadwick’s Sanitary Report in 1842 led the British government to encourage cities to organize clean water supplies and centralized sewage systems,” they wrote.

“No one takes responsibility for the air,” Morawska said. “It’s kind of accepted that the air could be of whatever quality — containing viruses and pathogens.”

SARS-CoV-2 multiplies in the respiratory tract, enabling it to spread in particles of varying sizes emitted from an infected person’s nose and throat during breathing, speaking, singing, coughing and sneezing.

The biggest particles, including visible spatters of spittle, fall fast, settling on the ground or nearby surfaces, whereas the tiniest — aerosols invisible to the naked eye — can be carried farther and stay aloft longer, depending on humidity, temperature and airflow.

It’s these aerosol particles, which can linger for hours and travel indoors, that have have stoked controversy.

Although airborne infections, like tuberculosis, measles and chickenpox are harder to trace than pathogens transmitted in tainted food and water, research over the past 16 months supports the role aerosols play in spreading the pandemic virus.

That’s led to official recommendations for public mask-wearing and other infection-control strategies. But, even those came after aerosol scientists lobbied for more-stringent measures to minimize risk.

WHO guidance has been amended at least twice since, though the Geneva-based organization maintains that the coronavirus spreads “mainly between people who are in close contact with each other, typically within 1 meter,” or about 3 feet.