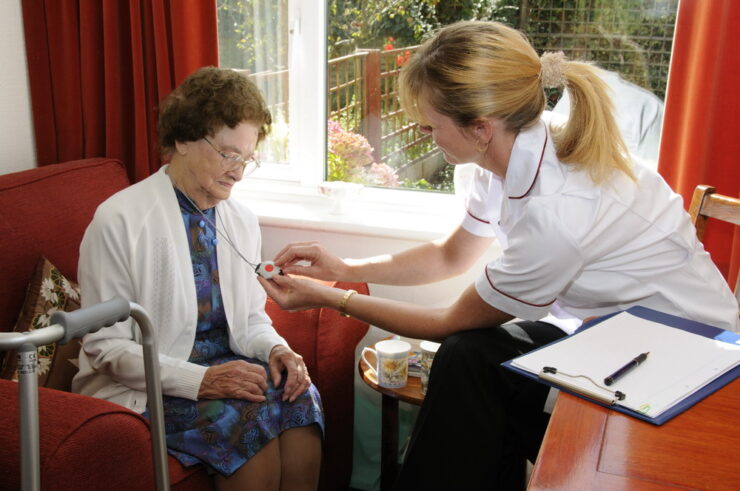 Medical alert systems for seniors have been around for decades. If you are old enough to remember first generation systems, you probably remember the TV commercials depicting scenes of an elderly person who had fallen and was unable to get up. The victim’s salvation was a wireless pendant worn around the neck. One push of a button summoned emergency help.

Some 50 years later, medical alert systems still utilize pendants as the primary device for alerting monitoring personnel to a medical emergency. But why? Aren’t there other options that would prove better? No. Companies like Vivint Smart Home have stuck with the medical alert pendant because nothing has proven better.

A typical medical alert pendant is either worn around the neck with a lanyard or chain or attached to the wrist like a wearable device. The main advantage here is easy access. In the event of a medical emergency, you don’t want the victim fumbling around to pull something out of their pocket or falling and realizing that their alert device is in another room.

Today, you can use your smartphone as a medical alert device. All you need is a companion mobile app. But there is an inherent disadvantage to this choice. Most of the time, our phones are in our pockets. What if you are suffering some sort of emergency that prevents you from retrieving your phone?

The beauty of the medical alert pendant is that wearing it around the neck or on the wrist improves access considerably. If you want to find out more about this just take a closer look at medicalalertjewellery.

Another advantage of the medical alert pendant is that it is lightweight and convenient. Like a wristwatch or necklace, it is easy to forget you’re wearing it. Having to rely on a bigger device like a medical alert speakerphone can be more cumbersome.

Medical alert speakerphones have the advantage of not needing a base station or a wi-fi network. They connect directly to service providers via cellular networks. But the devices are bigger, more cumbersome, and require more frequent charging. They really are not convenient at all.

Perhaps the biggest reason for not trying to replace the medical alert pendant is as simple as the old adage that says, ‘if it’s not broken, don’t fix it’. The tried-and-true pendant is simple but effective. It does the job without any complications or hassles. Really, is there any need to improve on it?

You could make the case that consumers want devices with more features. And maybe that’s true for younger consumers who thrive on electronic gadgets. But a senior who has fallen and broken a hip probably doesn’t care that their medical alert device can also retrieve the weather report and report the number of steps they have taken that day. All they want is a button they can push for help.

Our modern world has an insatiable appetite for gadgets. We also have an obsession for useless features. We want to pack as much as we can into a single device that does it all. Maybe that’s good for some devices, but it is not optimal for medical alert systems. At the end of the day, pendants worn around the neck or on the wrist just work. That is what’s most important.

There are companies actively looking to replace the medical alert pendant. Maybe they will succeed, and maybe they won’t. We do know that the pendant has survived for some 50 years because it does what it’s supposed to do. Isn’t that reason enough to keep it going?