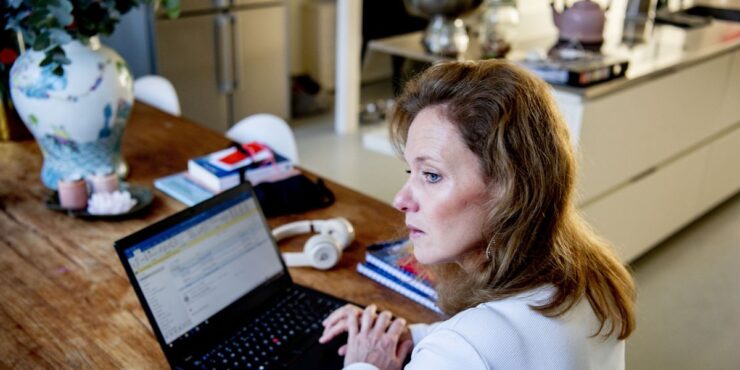 Germany has voiced opposition to a US-backed proposal to waive patents on Covid-19 vaccines, saying they were not hindering production of the jabs.

Its government said “the protection of intellectual property is a source of innovation and must remain so”.

The European Union earlier said it was ready to talk about the proposal, and some states gave it their full backing.

Supporters of the plan say it would allow more manufactures to produce the life-saving vaccines.

They argue that this will increase access to jabs in poorer countries.

But opponents, including drug makers, say it may not have the desired effect.

How will we know Covid vaccines are safe?
Covid map: Where are cases the highest?
Vaccine makers ‘should work with poorer countries’

The idea was originally proposed by India and South Africa, who have been leading a group of about 60 countries at the World Trade Organization (WTO) – an intergovernmental body that promotes global commerce. The group is pushing for the temporary removal of intellectual property protections on vaccines.

The idea was met with strong opposition from the previous US administration of Donald Trump, as well as the UK and the EU.

But it gained momentum this week after the US backed it.
What have EU countries said?

In a statement on Thursday, the German government said the US-backed proposal would have “significant implications for vaccine production as a whole”.

“The limiting factors in the production of vaccines are the production capacities and the high quality standards and not patents,” it said, adding that pharmaceutical companies were already working with partners to ramp up manufacturing.

Germany is the EU’s biggest economic power and home to a major pharmaceutical sector, including BioNTech which developed one of the most widely-used coronavirus vaccines.

The remarks by the German government came after European Commission President Ursula von der Leyen said the bloc was “ready to discuss” the proposal on waiving patents.

Ms von der Leyen has previously spoken about her opposition to lifting intellectual property rights, telling the New York Times just weeks ago that she was “not at all a friend of releasing patents”.
European Commission President Ursula von der Leyen wears her maskimage copyrightEPA
image captionUrsula von der Leyen said the EU was “ready to discuss any proposals that address the crisis in an effective and pragmatic manner”

Meanwhile, officials in other member states such as France and Italy gave the proposal their full backing.

The issue is reportedly set to be on the agenda at a two-day EU meeting this week.

Outside of the EU, Russian President Vladimir Putin said he supported the idea of a waiver.

The UK government said it was “working with WTO members to resolve this issue” and was “in discussions with the US and WTO members to facilitate increased production and supply of Covid-19 vaccines”.
What exactly is intellectual property?

Intellectual property describes creations, such as inventions, which are protected by patents, copyrights and trademarks. These prevent copying and allow the originator to be financially rewarded.

Patents give innovating firms a short-term monopoly on production to cover the costs of development and encourage investment.

Biotech firms argue that such protection has provided incentives to produce Covid vaccines in record times.
What is the debate?

Many developing countries have argued that rules requiring countries to protect patents and other forms of intellectual property are an obstacle to increasing the production of vaccines and other products needed to tackle the pandemic.

But opponents, particularly from the industry, have said it will not solve the problem.

The head of the International Federation of Pharmaceutical Manufacturers and Associations, Thomas Cueni, told the BBC’s Today programme he was “deeply concerned” that “you could compromise the quality and safety of vaccines which we see now”.

“It is shortages and scarcity in the supply chains, which need to be addressed. And it is also right now the disappointing unwillingness of rich countries to early share doses with the poor countries,” he said.

Some experts say pharmaceutical companies would also need to share know-how, such as production techniques, with poorer countries to have any real beneficial effect.
line
Analysis box by Dharshini David, global trade correspondent

Nobody is protected until everyone’s protected: on that world and business leaders are agreed.

But pharmaceutical companies have called the decision by the US to back the sharing of secret recipes for vaccinations shortsighted, claiming it is understanding the production process that is the real challenge. It is, they say, akin to handing out a recipe without sharing the method or the ingredients, and could lead to quality issues and less efficient production

Instead, the UK and the EU have favoured a system of licensing, whereby knowhow is shared and there is more oversight. It is already being done on some cases on a voluntary basis – such as the tie up between Oxford-AstraZeneca and the Serum Institute of India. And that licensing can be made compulsory, although the pharmaceutical companies could then be eligible for compensation.

Some trade specialists have speculated that the US might be hoping that, by backing a lifting of patents, manufacturers might be more open to sharing expertise voluntarily – or at least, for a reduced charge.

Sedatives are the painkillers of the central nervous system, which cause drowsiness or relaxation by slowing down brain activity. Many varieties can potentially abuse, even if they are often used in medical contexts or...

In this article we will know about why hangovers occur and how to treat hangovers at home. What is a Hangover? Usually when we drink too much alcohol, we experience too much headache, nausea, vomiting and uneasiness in... 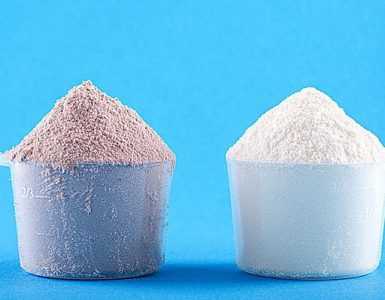 Protein powder can be something effective to work into your diet plan, especially when you’re attempting to expand your everyday protein consumption. It’s portable, non-perishable, and easily mixed in with...