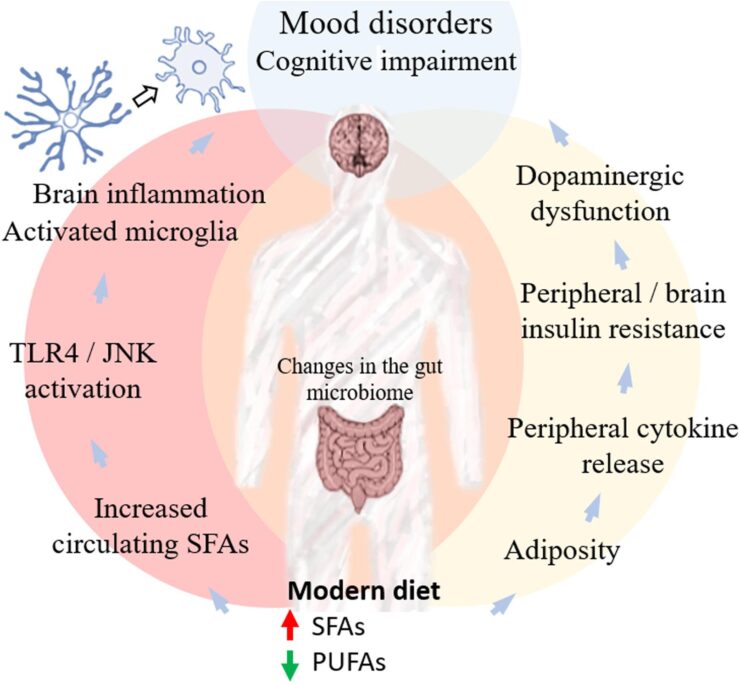 Home » Brain: Young and healthy with the contribution of omega-3 fats
Health

Brain: Young and healthy with the contribution of omega-3 fats

A new scientific study claims that we can keep our brains young and mostly healthy by contributing omega-3 fatty acids from fish.

Older women who consume more than one to two servings a week of grilled or boiled fish or shellfish, ingest enough omega-3 fatty acids to counteract the effects of air pollution on the brain, according to a new scientific study published in the online medical journal of the American Academy of Neurology.

The researchers found that among women living in areas with high levels of air pollution, those who had the lowest levels of omega-3 fatty acids in the blood experienced greater brain shrinkage compared to women who had higher levels.

“Fish are an excellent source of omega-3 fatty acids and it’s easy to add them to our diet,” said lead study author Dr. Ka He from Columbia University in New York. “Omega-3 fatty acids have been shown to fight inflammation and to keep the structure of brain regions’ networks unaffected during aging. It has also been found to reduce brain damage, which can be caused by toxins such as lead and mercury,” the researchers say. The study involved women with an average age of seventy years, who completed questionnaires on diet, physical activity and medical history.

After adjusting data on age, education and other factors that could affect brain shrinkage or not, such as smoking, the researchers found that women with the highest levels of omega-3 fatty acids in the blood showed more white matter compared to those who had lower ones. At the same time, those with higher levels maintained to a greater extent the volume of the cerebral region of the hippocampus.

“Our findings suggest that higher levels of omega-3 fats in the blood from eating fish may maintain brain volume as women grow older and most likely protect it from the toxic effects of air pollution,” the researchers conclude.