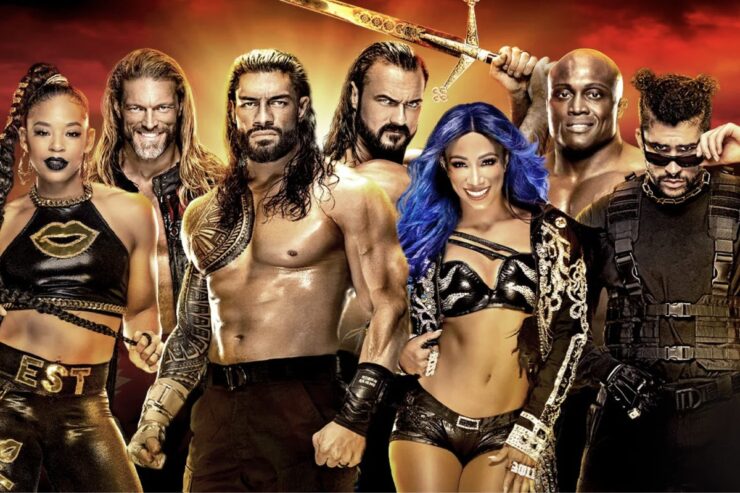 The WrestleMania 37 live streams are about to begin, as the long and zagging road to WrestleMania is finally leading to a live crowd. Yes, a year after WWE was forced to moved to the Performance Center for the weirdest ‘Mania ever, the ‘showcase of the immortals’ is going to be more normal than any WWE show in the last 365 days. And just like last year: one night is not enough.

This year, we’ve got another double-header, with night 1 headlined by either Drew McIntyre vs Bobby Lashley or Bianca Belair vs. Sasha Banks (there’s some buzz that fan demand for the ladies to go on last will win. Night 2, of course, has a hard-to-predict main event, with Roman Reigns defending his Universal Championship against Edge and Daniel Bryan in a Triple Threat match.

And of those matches, Edge vs Bryan vs Reigns is probably the biggest reason to get a WrestleMania 37 live stream. The fact that three of the biggest names in the last decades of WWE — all of whom have retired for long spates of time at one point or another — are going to be in the same ring at once, is reason to tune in. While we’d always bet on Reigns to retain in a one on one, the fact that he doesn’t need to be pinned to drop the belt makes this match hard to predict.

And as for Banks vs Belair, we’re really pulling for this match to be the main event for night 1, as WWE has never had a main event featuring two Black women, and The Boss and The EST will certainly put on an amazing match. That said, there’s a big question about interference in this match. Banks’ former best friend Bayley hasn’t been seen in a while, and could show up at any given moment.

Speaking of interference, what’s going on with The Hurt Business? While Cedric Alexander and Shelton Benjamin were banned from ringside McIntyre vs Lashley, that was only when they were a part of Lashley’s faction. Now, they’ve since been kicked out. Could they be allowed ringside anyways, only to reveal it was a scam all along, and help The Almighty? Or does MVP have more hiring to do? We’re waiting on Keith Lee to return, and would love to see him in black and gold.

How to watch WrestleMania 37 live streams with a VPN

While Peacock is available all across the U.S. and the WWE Network is still the standard around the world, WrestleMania live streams can get a bit confusing. You might want to check out a VPN if you can’t watch with the service you normally use.

International audiences will be pretty jealous of U.S. audiences, which will save up to 50% by switching to Peacock (unless you get the no-ads tier at $9.99 per month).

The best VPN is ExpressVPN. It meets the VPN needs of the vast majority of users, offering outstanding compatibility with most devices and impressive connection speeds.

ExpressVPN can access more than 3,000 servers spread out across 160 locations in 94 countries. The service performed reliably in our testing, and we found customer service responsive.

WrestleMania 37 live streams are free in the U.S.

Until Saturday, you can get big savings, where Peacock costs $2.50 per month for the first four months. That’s a total of $10 for four months. Practically the same price as one month of the WWE Network.

But, if you sign up through Peacock normally, you can get 7-day free trial of Peacock Premium, including WrestleMania.

In addition to the WrestleMania 37 live streams, Peacock also has huge library of licensed content drawn from various brands. That includes shows like 30 Rock, The Voice, Battlestar Galactica, Law & Order: SVU and This Is Us.

Predicted winners are in bold.

Predicted winners are in bold.