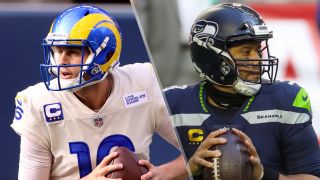 Home » Now, with the ship lodged sideways in the canal, closing off the main oceangoing highway between Europe and Asia
Blog

Now, with the ship lodged sideways in the canal, closing off the main oceangoing highway between Europe and Asia

Before the grounding of the massive Ever Given container ship in the Suez Canal, some 50 vessels a day, or about 10% of global trade, sailed through the waterway each day — everything from consumer electronics to food, chemicals, ore and petroleum.

Now, with the ship lodged sideways in the canal, closing off the main oceangoing highway between Europe and Asia, much of that cargo is sitting idle. It’s either waiting to transit the canal or stuck in port while owners and shippers decide what to do.

Ultimately, they may be forced to place a bet on whether the canal will be reopened soon or gamble on expensive and time-consuming alternate routes. Lloyd’s List estimates that the waiting game is costing $9.6 billion per day.

NPR takes a look at the implications for the shipping industry and for global trade.

What are the alternatives to ships while the Suez Canal is closed?

Ship owners and operators have some options, but none of them are particularly good ones.

The adage that time is money couldn’t be more true in the shipping business. For the vessels already backed up in the canal, if the waterway isn’t clear for transit soon, a decision will need to be made about whether to continue waiting or go to Plan B.

“For vessels already up the Suez, it will take several days just to sail south on the Red Sea and get on a shipping lane around Africa,” said Basil Karatzas, CEO of Karatzas Marine Advisors & Co., a New York-based shipping finance advisory and ship brokerage. From there, “round Africa” — the only practical seagoing route between Europe and Asia for centuries before the Suez was opened in 1869 — would take weeks more.

To get an idea just what a shortcut could be lost, commodity analysts Kpler said that for a vessel averaging 12 knots (14 mph), Suez to Amsterdam, takes 13 days via the canal. Around the Cape of Good Hope, it takes 41 days.

The situation could become clearer in the next week, Karatzas said, but if the Ever Given looks likely to require a massive operation to break free, shippers will have to make some tough and potentially costly decisions. The same goes for vessels that haven’t yet left port, although the cost in time and money for them wouldn’t be as great.

The Cape of Good Hope in South Africa. Ships diverting from the Suez Canal would likely take a route between Europe and Asia that traverses this point.
Edwin Remsberg/VWPics/Universal Images Group via Getty Images
Another possible option is to go through the Panama Canal by way of the Pacific. But many of the largest commercial vessels today, such as the 1,300-foot Ever Given, are too big to fit through the Panama Canal.

Jonathan Roach, a container market analyst for Braemar ACM Shipbroking, said in a recent letter to clients that the route via the Cape of Good Hope was the most likely detour, even for vessels that can fit through the Panama Canal.

Last year, due to a combination of excess capacity and falling fuel prices, some shippers did just that — opting to go the Africa route to avoid the Suez Canal transit fees.

There is one more possibility, but it too has severe limitations. A shorter route through the Arctic known alternately as the Northeast Passage, or the Northern Sea Route, or NSR, is being touted by Russia.

The number of vessels using the NSR has increased to several hundred each year, thanks in part to global warming that has reduced polar ice. However, traffic there still amounts to a mere fraction of what passes through the Suez.

The Northern Sea Route is still not considered practical by most shipping companies. For example, in 2018, Maersk, the world’s largest container line, sent one of its ships via the NSR, but the company emphasized it doesn’t see the route “as an alternative to our usual routes” and that the voyage was merely “a trial to explore an unknown route for container shipping and to collect scientific data.”

Lastly, it’s worth noting that a prolonged shutdown of the Suez Canal is not unprecedented. The waterway was closed for eight years, beginning in 1967, after war broke out between Egypt and Israel. As a result, ships were forced to divert around the tip of Africa.

As of Friday, Kpler told NPR that two Europe-bound liquefied natural gas carriers have already diverted and that several more ships carrying gasoline and diesel appear to have also done so.

How would a prolonged shutdown of the Suez affect the supply chain?

Global supply chains, already significantly disrupted by the coronavirus pandemic, could be further stressed by a prolonged shutdown of the Suez Canal, said Jonathan Gold, vice president for supply chain and customs policy with the National Retail Federation.

“This is just one more challenge to the supply chain operations that we’re seeing across the board,” Gold said. “[We are] already seeing congestion and other things impacting the supply chain. This is one more thing that adds to that.”

The greatest impact would be felt in the European market, which relies most on transfers through the canal, but given the interconnected nature of global manufacturing and commerce, there’s likely also to be a knock-on effect for the United States.

Bisceglie said it’s time for companies to consider “having more disparate [supply hubs] instead of having all our eggs on one cargo ship.”

Maersk told NPR on Friday that it was too early to commit to rerouting any of its massive global container fleet. The Copenhagen, Denmark-based company said in a statement, that while “out of our control, we apologize for the inconvenience this incident may cause to your business and for critical shipments.”

“[We] recommend that you reach out to your local sales representative for dialogues and quotations on alternative solutions, such as air and rail for urgent cargo that is still at origin or elsewhere,” it said.

An aerial view of Yangshan Port in Shanghai in February. A prolonged shutdown of the Suez Canal would disrupt supply chains across the globe.
Shen Chunchen/VCG via Getty Images
Will a long shutdown mean a rise in prices?

Like much else about the situation, it depends on how long it goes on. A weeklong delay for a few hundred ships at the Suez might have only a negligible impact for consumers, but a prolonged delay could increase the cost of shipping, complicate manufacturing and ultimately drive up prices.

“[A] few days might not have a meaningful impact,” said John Kartsonas of Breakwave Advisors, which specializes in asset management and advisory services for the shipping and commodities industries. But if the situation takes weeks to resolve, the disruptions would likely send shipping rates higher.

In his letter to clients, Roach also noted problems at the Suez Canal could disrupt the flow of containers. A trade imbalance between Europe and Asia means that filled containers going west return mostly empty to ports in the east to be refilled. “If empty stocks dwindle in Asia, there is the short-term possibility of an increase” in prices, Roach wrote.

Insurance is another consideration.

Richard Meade, editor at Lloyd’s List, said a prolonged blockage at the Suez would have financial implications “borne by the owners, but then passed onto the insurers.”

“And then that will obviously result in a spike in insurance premiums,” he said.

Overall, though, Joanna Konings, a senior economist at ING, told Bloomberg that she’s “relatively sanguine” about the impact on trade. But she doesn’t rule out “an inflationary shock that could come right to the consumer.”

The Panama-flagged Ever Given is seen wedged across the Suez Canal on Friday. Tugboats, dredgers and even land-based, earth-moving equipment have been pressed into service to try to free the 1,300-foot container ship.
Mohamed Elshahed/AP
Will gas prices go up?

Shipping rates for petroleum products have nearly doubled since the Ever Given’s grounding on Tuesday, according to Reuters.

Although oil prices may also be feeling some upward pressure in the wake of the Ever Given incident, their increase so far has been blunted by news of further COVID-19 lockdowns in Europe that are likely to continue to depress demand.

What does that mean at the pump?

“If the Suez Canal remains blocked for more than a few more days or over a week, we could likely see some disruptions in oil flows between the Middle East and Europe that could impact price globally,” said Patrick De Haan, the head of petroleum analysis at GasBuddy.

“But it should not hamper flows of oil to North America,” De Haan said. “At worst, if the issue continues, if oil prices do see a sustained rally, the blockage could have a small and limited impact on gas prices, likely no more than a few cents per gallon on average.”