LaborLab Launches a Movement To Reinvigorate the American Labor Movement

LaborLab has launched as what progressives hope will be the most effective platform to educate and empower a new generation of workers. Through targeted outreach efforts, LaborLab is engaging workers in union building that shifts the balance of employment power in the United States back to workers.

Founded on A Passion for the American Worker

Started by battle-tested labor advocates, the LaborLab founders recognized a gap in education about the right to unionize and the best practices in getting started. Drawing on their experience in union organizing across the U.S., they have proven that once workers understand the process and benefits of unionizing, they will be motivated to try it themselves. These founders understand the challenges the labor movement faces and created LaborLab to lower the ordinary worker’s hurdles to starting a union in their workplace.

The rate of union membership in the United States hovers around 10%, but about half of U.S. workers who don’t currently belong to a union say they would join one. Often, they simply don’t know how to get started. Building on this growing interest, Laborlab serves as a platform to connect workers with union organizers that can help chart a successful union drive.

As companies mount vigorous campaigns to suppress interest in unions, corporate and special-interest disinformation slows or prevents the unionizing efforts of workers who would benefit from a union. A recent poll found that 65% of workers under the age of 40 do not know they have the legal right to form a union. This lack of knowledge comes despite the fact that the National Labor Relations Act protects labor organizing.  LaborLab is working to bridge information gaps like these by empowering workers with these facts about unions and providing them with the resources to get started.

In the first three months of operations, LaborLab has reached 30,000 young workers and connected dozens of workplaces with union organizers. As LaborLab fills unmet demand for economic and social justice across the country, their efforts enable the labor movement to scale at an unprecedented rate. Americans’ approval of labor unions continues to rise as more workers redefine the new normal of working in the United States.  That increasingly means shifting power back to employees—a trend LaborLab is accelerating to usher in a new era of union organizing.

If you are interested in the important work LaborLab is doing for the American worker, check out their website here.

LaborLab Launches a Movement To Reinvigorate the American Labor Movement 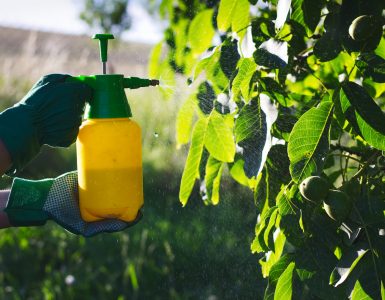 How to select the Best Dentist? Consider these Key Points