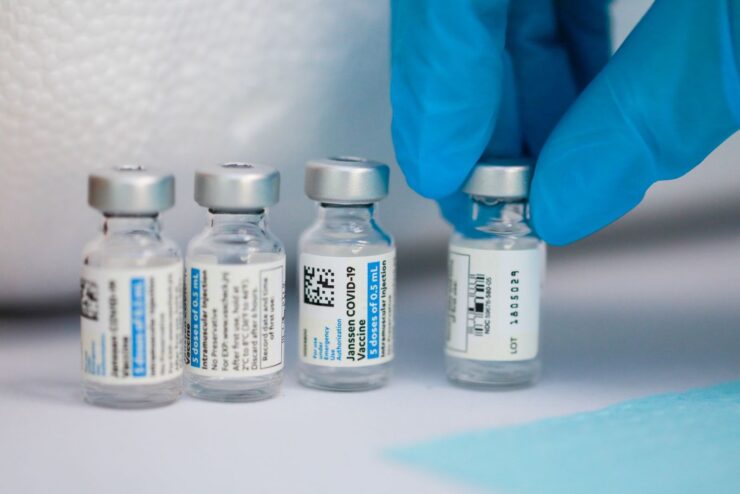 The Biden administration has facilitated for Johnson & Johnson to assume “full responsibility” of a production plant after a mishap botched likely millions of doses-worth of COVID-19 vaccine.

The company has pledged to deliver 100 million doses by the end of May. But on March 31, J&J announced its quality control process had detected one batch of ingredients for its single-dose vaccine, produced by Janssen Pharmaceuticals, did not meet the necessary standards at the Emergent BioSolutions facility in Baltimore.

The facility had been working to produce ingredients for both the Johnson & Johnson and AstraZeneca vaccines and had mixed up ingredients from the two vaccines, according to The New York Times and The Washington Post. The papers reported the mix-up ruined a batch equivalent to about 15 million doses.

A senior government health official said the Department of Health and Human Services and the Food and Drug Administration have now determined it is “most appropriate” for the facility to produce only one vaccine.

J&J confirmed over the weekend that it will take a more hands-on approach at the Baltimore facility, and will increase “the number of manufacturing, quality and technical operations personnel to work with the Company specialists already at Emergent.”

The Emergent facility has been producing one substance that goes into the Johnson & Johnson vaccine, but the facility has not yet received authorization from the FDA. No vaccine it has produced has been used in U.S. vaccination efforts so far.

Had this portion of ingredients been approved it would have contributed to vaccine production. Instead, the batch was disposed of.

Emergent was also producing a substance for AstraZeneca’s vaccine — a vaccine that so far has not been authorized for use in the U.S. But following the incident, it will no longer use the facility to produce ingredients for the AstraZeneca vaccine. The government is working with AstraZeneca to relocate that production.

“J&J continues to work through manufacturing issues with the FDA, and no product will come out of the Baltimore facility without authorization by FDA,” a senior health official told NPR. “This is a critical part of ensuring quality and safety of vaccine product.”

Emergent said the quality control systems in place worked as planned and it will continue to work toward FDA approval.

“There are rigorous quality checks throughout our vaccine manufacturing processes, and through these checks a single batch of drug substance was identified that did not meet specifications and our rigorous quality standards,” an Emergent statement said. “Discarding a batch of bulk drug substance, while disappointing, does occasionally happen during vaccine manufacturing, which is a complex and multi-step biological process.”

Since it was granted emergency use authorization on Feb. 27, Johnson & Johnson has delivered 8.6 million doses of its vaccine, of which more than 4 million have been administered, according to the Centers for Disease Control and Prevention. Unlike the other vaccines, it is a single-shot and requires standard refrigeration temperatures instead of hyper-cold storage.