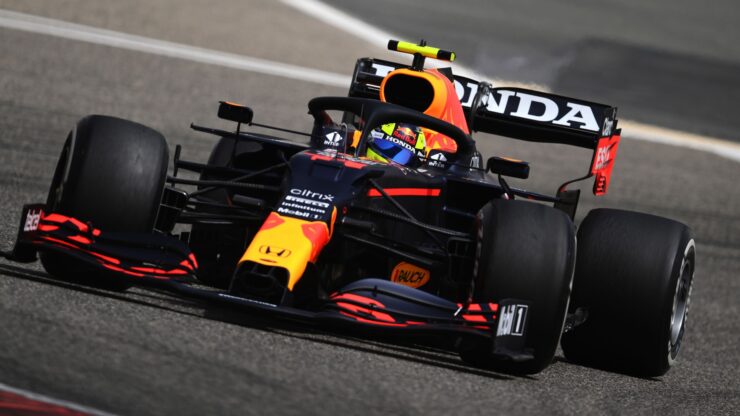 F1 is back! The 2022 F1 seasons opens with the Bahrain Grand Prix this weekend, followed by Imola on 18th April. Want to watch F1 in 4K? Fancy a free F1 live stream or season pass? No need to grind your gears scanning reddit – we’ve listed all the best ways of how to watch the F1 in 2022 below.

The latest news from the F1 paddock is that rookie Mick Schumacher, who makes his F1 debut with Team Haas, is ready to emulate his “idol” father. But all eyes will be on the battle between Lewis Hamilton, the greatest driver of all time, and champion-in-waiting Max Verstappen. Being an F1 fan isn’t cheap so we’ve listed out the cheapest global viewing options below…

Despite lockdowns, the 2022 F1 calendar boasts a record-breaking 21 races (up from 17 in 2022). The Australian Grand Prix has been postponed until November, so the season opener will be the Sakhir Grand Prix in Bahrain on 26th-28th March. There won’t be a race in China or Vietnam, but the inaugural Saudi Arabian Grand Prix is set for the 5th December and Portugal is now confirmed for 2nd May.

The pit lane is teeming with new cars and drivers, too. Sebastien Vettel has told BBC Sport he’s “excited” to drive for Aston Martin, Fernando Alonso is “completely fit” to drive for Alpine after a bike accident left him with metal plates in his jaw and Daniel Ricciardo reckons he’ll have a “good time” with new McLaren teammate Lando Norris.  Red Bull’s Max Verstappen – who topped day three of testing with a time of 1:28.960 – says he’s “glad” to have Sergio Perez as a teammate.

It’s going to be an unmissable season of F1 and – according to commentator Martin Brundle – “tighter than ever.” Watching every race isn’t cheap, especially if you’re in a country with a paywall, but there are lots of viewing options available this year. So, no need to Google “F1 reddit live stream” – we’ve listed all the cheapest ways to watch F1 from your TV, tablet and mobile below.

Whether you want to watch F1 in 4K, get an F1 season pass or catch an F1 free live stream, it’s all here for you.

Want to watch the entire F1 season from start to finish? F1 TV Pro is the way to go. Fans in the USA can subscribe for only $9.99 per month or $79.99 per year. Bargain, right? You can also buy it in France and the Netherlands for €7.99 a month.

F1 TV Pro is available in 188 countries – but not the UK due to Sky’s deal to show live races. So if you’re from abroad and trying to watch your F1 TV Pro pass while in the UK, you’ll need to use a VPN to access the live stream without being blocked. We recommend ExpressVPN. It comes with a risk-free 30-day money-back guarantee. If you don’t like the service, all you need to do is cancel and you’ll get you money back.

F1 TV Pro is available through the F1 TV website, iOS/Android apps, Roku TV and other mobile devices. Later in the year, it will be upgraded with cast support for both Google Chromecast and Apple AirPlay 2. F1 also plans to up the streaming quality to 1080p at 50fps. What’s not to love?

Even if you have subscribed to the relevant F1 rights holders, you won’t be able to access them when outside your own country. The service will know your location based on your IP address, and will automatically block your access.

A Virtual Private Network (VPN) helps you get around this obstacle. A VPN creates a private connection between your device and the internet, such that the servers and services you’re accessing aren’t aware of what you’re doing. All the information passing back and forth is entirely encrypted.

There are lots of VPN providers but some are more reliable and safe than others. As a rule, we suggest a paid-for service such as ExpressVPN which offers a 100 per cent risk-free money back guarantee. If you’re not happy with the service any time within the first 30-days, then you can cancel with no penalties at all.

Try ExpressVPN risk-free for 30 days
ExpressVPN offers a 30-day money back guarantee with its VPN service. You can use it to watch on your mobile, tablet, laptop, TV, games console and more. There’s 24/7 customer support and three months free when you sign-up. Try it – you’ll be surprised how simple it is.

Sky has the exclusive UK television rights to show F1 until the end of 2024. To watch in 4K Ultra HD, you’ll need a Sky Q set-top-box and a package with Ultra HD and Sky Sports F1. That starts at £45 per month, with a one off payment of £20 if you’re not already a Sky subscriber. It’s a fair whack but it’s the only way to watch the F1 live and in 4K.

Don’t want to commit to a Sky contract? Anyone can enjoy the F1 using Sky’s pay-per-view platform, Now. Now is available on all good smart TVs and set-top-boxes. There’s no 4K option, but go for the Now TV Boost add-on and you can stream in Full 1080p HD with Dolby 5.1 surround sound.

Now Sports pass Watch F1 in Full HD from £9.98
A Now day pass for all 11 Sky Sports channels can cost as little as £9.98. If you want to see a few Grand Prix weekend, it’s cheaper to go for the monthly pass at £33.99. The price includes a free 7-day trial of Now Boost, so can watch in Full HD with 5.1 surround sound.VIEW DEAL

How to watch a free F1 live stream

Lucky enough to live in Austria? You can watch the entire 2022 F1 season for free!

ServusTV, the free-to-air station owned by Red Bull, has split the rights to F1 with public broadcaster ORF until 2023. Both channels will show the Austrian Grand Prix. Live streams of every race will be shared between ServusTV an ORF. Commentary will be in German, natürlich.

Going to be outside your home country of Austria? Simply use a VPN to access a live stream without being blocked. We recommend ExpressVPN as it comes with a risk-free 30-day money-back guarantee. Wunderbar!

How to watch an F1 live stream in Spain

With Carlos Sainz Jr headed to Ferrari, and the return of Fernando Alonso to F1, 2022 is set to be huge year for Spanish F1 fans.

DAZN has acquired the rights to show Formula 1 in Spain until the end of 2023. The streaming service will show the F1 World Championship on its exclusive DAZN F1 channel, in the company of ex-F1 driver Pedro De La Rosa.

DAZN F1 launches on 1st March 2022 across DAZN and Movistar+. You can try it free for 7 days. After that you’ll be rolled on a monthly subscription.

F1 free live stream with DAZN free trial
DAZN has the rights to the F1 in Spain as well as a host of other sports including football, UFC and more. Try it free for seven days. Cancel at anytime.

Going to be outside your home country of Brazil? Simply use a VPN to access a live stream without being blocked. We recommend ExpressVPN as it comes with a risk-free 30-day money-back guarantee. Bueno!

G’day motorsport fans. Fox Sports has the rights to show live F1 races in Australia. That means Foxtel and Kayo Sports subscribers will get a front row seat when the action starts on 28th March 2022.

Kayo Sports is offering new subscribers a 14-day free trial. After that, you’ll be bumped onto a rolling one month contract. Basic is $25 while Premium is $35.

Happy with highlights? 10Play will show free highlights of every race, plus a free F1 live stream of the Australian Grand Prix.

Keen to see Sebastian Vettel’s first season with Aston Martin? For many years RTL broadcast F1 races, but Sky Germany has the exclusive rights to every live F1 races this season.

With F1 now behind an expensive paywall in Germany, many fans will question why their French and Dutch neighbours can watch every race live on F1 TV Pro for just €7.99 a month and envy the Austrians getting it for free.

Going to be outside your home country of Germany? Simply use a VPN to access a live stream without being blocked. We recommend ExpressVPN as it comes with a risk-free 30-day money-back guarantee. Das is supercool, ja?

Watch F1 live in the USA

For complete, all-season access to F1, Americans will need to sign up to the EPSN paid channels or Univision for the Spanish language coverage.

ESPN will carry live coverage of every session to subscribing US fans. Practice sessions will be available on ESPN2, with qualifying and the race broadcast on the main ESPN channel.

You can get instant access to ESPN and some good deals too.

Live streaming is available via the ESPN App, which is available on Android phones and tablets, iPhones, iPads, Fire Tablets, Apple TV, Android TV, Chromecast, Fire TV, and Roku. You’ll need to sign up to ESPN first, though.

The American, Canadian and Mexican grand prix races (as well as a repeat of the Monaco GP) will be broadcast on ABC for free. Don’t have cable? Cord-cutters can switch to s top streaming service such as FuboTV for free…

FuboTV Free 7-day trial | $64.99 a month
Fubo TV is one of the of the biggest and best sports streaming services in the US. It carries ESPN and ABC (plus CBS, NBC and FOX) so it’s a great watch to stream the 2022 F1 season in full. The app supports Roku, Fire TV and iOS/Android devices. Oh and there’s no lock-in contract, so you can cancel at any time. What’s to lose?VIEW DEAL

If you’re keen to see Russian rookie Nikita Mazepin make his debut for Haas, you’ll be thrilled to hear that the 2022 F1 season will be show free-to-air on Match TV in Russia.

Going to be outside your home country of Russia? Simply use a VPN to access a live stream without being blocked. We recommend ExpressVPN as it comes with a risk-free 30-day money-back guarantee. Nostrovia!

Sky Italia is the place to watch F1 in Italy. F2 champion and former F1 test driver Davide Valsecchi provides brilliant pitlane reporting, while the likes of Jacques Villeneuve do the business in the commentary box. These guys don’t mince their words.

DAZN has been the home of F1 in Japan for several seasons. The sports streaming service offers deliver live coverage of every race and stats galore, so it’s a no-brainer for (the many) F1 fans in Japan. Domo arigato!