Here’s The Most Adorable Turtle Video You’ll Ever See

RIVERHEAD, NY — Sullivan, a huge African spurred tortoise affectionately called “Sully,” is winning hearts on social media in an adorable video in which he takes a stroll wearing a diaper.

But Sully — his breed can grow to 30 inches long and weigh more than 100 lbs. — is also an ambassador, educating the public on the pitfalls of purchasing turtles from pet shops, said Karen Testa, executive director of Turtle Rescue of the Hamptons in Jamesport.

Some African spurred tortoises are sold while still very small in pet shops, she said. “The shop owners rarely tell people what they become, which is equivalent to a 100-lb. indoor horse. We get over 200 calls a year about unwanted pet turtles and tortoises,” Testa said. “We do not concentrate on adoption because our mission is injured wildlife rescue and release, but I do not turn my back on any animal that needs a good home and have been successful in rehoming many to good homes.”

New York State, Testa believes, should outlaw selling pet turtles. “We find many dumped in the wild due to a desperate keeper not being able to find a new home. Rehoming a pet reptile is extremely hard. They take a lot of specialized care and money to keep healthy and they live very long so no one needs to replace them.”

Sully, she said, was surrendered to Turtle Rescue of the Hamptons when he was about 7 years old and a quarter of his size, which was considered unmanageable for the previous owner, she said. He is now more than 50 lbs. and about 14 years old.

Subscribe
“He eats and goes to the bathroom like a horse and needs optimal temperatures to stay healthy,” Testa said.In addition, she said, the tortoises often get sick due to lack of humidity and improper lighting.

“Exotic vet bills aren’t affordable to some,” Testa said. “People dump these animals in the wild and we have found empty shells in the woods due to the animal passing away; they are unable to hibernate as they originate in hot climates and cannot withstand temps below 60 degrees Fahrenheit.”

The tortoises also need a lot of space to stay happy and do not walk around the house all day. “That is just exercise time. We put Depends on him so he doesn’t flood the house when he urinates. He’s usually kept in a 20 x 20 pen with two 150-watt lamps most of the day to stay healthy,” she said.

Also, Testa said, the aquatic turtles sold in pet stores are another “huge problem. They have become invasive and are taking food from our natives and introducing foreign pathogens into our ecosystem.”

Those turtles, she said, “are overbred and sold cheap and illegally for food. Hundreds are housed in dirty buckets of slime with dead bodies all around them,” she said. 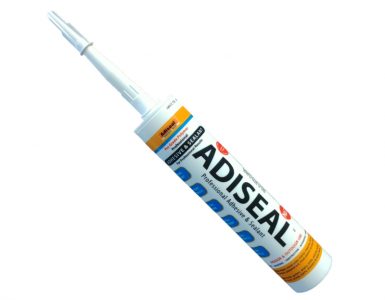 Which adhesive & sealant is the best?

Centers for Disease Control and Prevention Director Rochelle Walensky on Tuesday urged parents to vaccinate their children now that federal officials have authorized the Pfizer-BioNTech shots for people as young as 12...

The bradykinin hypothesis provides a model that