ORLAND PARK, IL — Concealed carry violators who “unintentionally” carry guns into government buildings or even coffee shops in Orland Park may now only be issued a municipal ticket, rather than facing possible suspension of their license. According to the Illinois Attorney General’s Office, this is the first time any law like this has passed in Illinois.

The Orland Park Village Board unanimously passed an amendment to the municipal code that will protect concealed carry license holders if they carry guns into prohibited areas within the village. Village board members unanimously approved the ordinance at the April 19 Board of Trustees meeting.

The ordinance was brought forth by the Public Safety committee, and now, concealed carry license holders who “mistakenly” carry their firearms into prohibited locations will pay a municipal fine, rather than being arrested. The Attorney General’s Office was unable to provide an opinion on the Orland Park amendment, but said they have no knowledge of any similar practices in other locations throughout Illinois.

Patch filed a Freedom of Information Act (FOIA) request with the village and found that in the past five years, seven arrests were made in connection with concealed carry violations.

When asked how the ordinance will be enforced, Village Attorney Dennis Walsh said officers will now have the discretion to either charge a person with the ordinance violation — similar to the parking ticket procedure — or a Class B misdemeanor, which according to the Illinois Firearm Concealed Carry Act would require a court appearance, followed by a possible revocation of their concealed carry license.

Subscribe
“In the context of policing, discretion means that officers are given some leeway on which they can rely as they make choices that impact the people they are policing,” Walsh said via email. “So yes, in this situation police officers are given the right and opportunity to act according to their discretion in stopping people and to arrest or cite under a local ordinance just like in dealing with numerous other offenses.”

Just before the vote, Mayor Keith Pekau gave a summary of the ordinance, explaining why he thinks it’s a good idea.

“This ordinance is a good option for CCL carriers that mistakenly carry [a gun] into the wrong place, given the ever-growing list of restricted locations,” Pekau said. “Rather than referring an otherwise cooperative CCL carrier who made a mistake to the county and revoke their CCL, it allows us to give them a municipal ticket that has a consequence to the carrier, but not a revocation from the state level.”

Patch asked Pekau how the department intends to make sure the new ordinance is carried out properly. Pekau further declared his support of the ordinance.

“I fully support our Police Department, our Police Chief and his leadership team,” Pekau said in an email. “They are experts in the development and training of our police officers and have a proven track record second to none. In my opinion, we have the finest police department in the State of Illinois thanks to their leadership as well as the fine officers and support staff that they lead.”

Pekau went on to say, “I am confident that this ordinance will be well handled just like the similar ordinances we have adopted that address Disorderly Conduct, Reckless Conduct, Theft, Retail Theft, Possession of Cannabis, etc., that are enforced regularly by our officers. They deserve my trust and the trust of our residents because it is well-earned.”

Richard Pearson, executive director at the Illinois State Rifle Association, said he was unaware of the amendment prior to being contacted by Patch. He said he doesn’t believe the ordinance could potentially cause consequences, but said the village should comply with already enforced state laws.

“I think the state law is just fine,” Pearson said. “They should really just comply with the state law, and they don’t have to worry about a thing.” 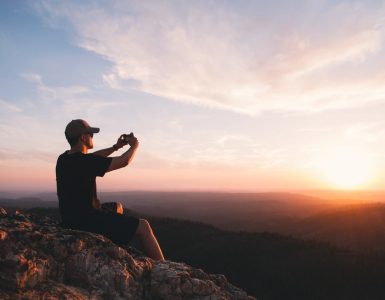 Before news of Bill Gates’ divorce from his wife, Melinda French Gates, became public, he told his golf buddies about the couple’s relationship problems and even described his marriage as loveless, according...

Centers for Disease Control and Prevention Director Rochelle Walensky on Tuesday urged parents to vaccinate their children now that federal officials have authorized the Pfizer-BioNTech shots for people as young as 12...