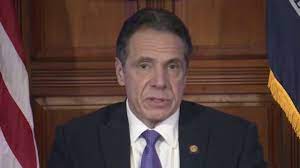 The state of Michigan is facing a lawsuit whose plaintiffs are seeking information on Gov. Gretchen Whitmer’s coronavirus-related executive order regarding the state’s nursing home residents.

Whitmer could soon find herself under scrutiny similar to that faced by a fellow Democrat, New York Gov. Andrew Cuomo, the Michigan men taking the legal action against Whitmer say.

Plaintiffs Steve Delie and Charlie LeDuff outlined the purpose of their lawsuit in an article published Friday by USA Today. Delie is an official with the think tank Mackinac Center for Public Policy, while LeDuff is a Pulitzer Prize-winning journalist.

“It shouldn’t take a lawsuit to obtain this critical data,” the pair write. “Gov. Whitmer made the same policy choice as Gov. Cuomo, forcing contagious senior citizens into close proximity with other medically vulnerable people. In fact, her policy, a similar version of which is still in effect today, went even farther, forcing some non-senior patients into nursing homes, including a 20-year-old. Michigan citizens deserve to know why she did this, and whether our governor is telling the truth about the consequences.”

Delie and LeDuff argue that the New York public had a right to know accurate information about what was happening regarding nursing home patients but didn’t receive the data until after a five-month-long legal fight.

Whitmer’s unique legal exemption
They then note that under Michigan law, Whitmer has the advantage of being legally exempt from Freedom of Information laws and is the only one of the nation’s 50 governors to have that exemption.

“Thanks to this exemption, the governor [Whitmer] has no obligation to produce any records whatsoever, despite making decisions affecting the lives of every Michigander,” the authors write.

They allege that Whitmer has used the shielding provided by the exemption to “act with impunity” – and was not required to provide the data on which she based her coronavirus policy decisions.

“This is unacceptable,” Delie and LeDuff write.

“I appreciate that you and your colleagues have policy disagreements with Gov. Whitmer’s response to COVID-19,” Nessel wrote in a letter dated March 15. “But an investigation by my office is not the mechanism to resolve those disagreements.”

Republicans have condemned the Michigan governor for allowing nursing home residents recovering from the virus to return to their nursing homes or gain admittance, alleging the move put other residents at risk.

Whitmer created 21 hubs in existing nursing homes that were intended to have room for isolation and specialty equipment for elderly groups discharged from the hospital, The Detroit News reported.

But state Republicans wanted separate isolation units designated for elderly populations recovering from COVID-19, in order to prevent other nursing home residents from contracting the virus.

Cuomo is facing an investigation by the FBI and federal prosecutors in Brooklyn, N.Y., regarding his nursing home policies, The New York Times reported Friday.